As Thomas Sowell wrote, when discussing history Marx displayed a stunning intellect, so much so that a good portion of Marx’s thinking had become part of the intellectual apparatus of every thinking person. Yet in addition (Sowell wrote):

“Much of the intellectual legacy of Marx is an anti-intellectual legacy. It has been said that you cannot refute a sneer. Marxism has taught many – inside and outside its ranks – to sneer at capitalism, at inconvenient facts or contrary interpretations, and thus to sneer at the intellectual process itself. This has been one of the sources of its enduring strength as a political doctrine, and as a means of acquiring and using political power in unbridled ways.”

Sadly, this anti-intellectualism weds the woke to policy prescriptions which generally fail in two ways:

It could happen to anyone, but it especially happens to Marxists (and the Woke) because their policy prescriptions assume a static deterministic world. Adam Smith is wrote of such a person (whom he termed, “a man of system”):

“The man of system, on the contrary, is apt to be very wise in his own conceit; and is often so enamoured with the supposed beauty of his own ideal plan of government, that he cannot suffer the smallest deviation from any part of it. He goes on to establish it completely and in all its parts, without any regard either to the great interests, or to the strong prejudices which may oppose it. He seems to imagine that he can arrange the different members of a great society with as much ease as the hand arranges the different pieces upon a chess-​board. He does not consider that the pieces upon the chess-​board have no other principle of motion besides that which the hand impresses upon them; but that, in the great chess-​board of human society, every single piece has a principle of motion of its own, altogether different from that which the legislature might chuse to impress upon it. If those two principles coincide and act in the same direction, the game of human society will go on easily and harmoniously, and is very likely to be happy and successful. If they are opposite or different, the game will go on miserably, and the society must be at all times in the highest degree of disorder.

What is odd is that in many cases they are bright people. And it is always odd to be well-acquainted with someone, often someone quite wonderful, who turns out to have such a defect in their intellectual construction. (I do have a private theory on that: psychometric testing reveals that the most most salient psychological trait of Lefties is low self-esteem, and I suspect imagining themselves seated at such a chessboard satisfies some control-fetish/revenge-fantasy instinct). So one makes allowances as one would for any others beat up by life in various ways. “Be kind,” said Aristotle,”for everyone you meet is having a hard battle.” And cherish them in the same way one might cherish someone who has gone deaf, or is a burn victim.

One stops perceiving it in so negative a way when one accepts it, and sees the person behind the injury. 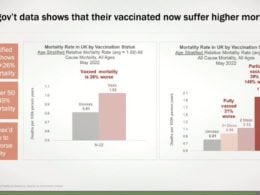