History was made last night.

At 9:30 pm, CNBC broadcasted these words: “naked short selling is what’s causing a lot of the problems in the market.”

The words came from former SEC Chairman Harvey Pitt, who added that “there’s a very simple solution…if you want to sell a stock short, you have to have a legally enforceable rule to produce that stock on settlement day. That’s all it takes.”

Force hedge funds to actually deliver the shares that they sell. Force them to actually purchase or borrow real stock before they sell it. If market manipulators sell what they do not possess, put them in jail.

Yes, that’s “all it takes.” It really is that simple.

But until last night, we’d never heard it on CNBC.

If the SEC completely stops naked short selling, then demand will more closely reflect the supply of real stock. Prices could get a boost, as they did last summer, when the SEC issued an “emergency order” temporarily cracking down on naked short selling of stock in 19 big financial companies. And the massacres of public companies would stop.

Of course, it might be too late. A sinking economy can’t revive a sinking market – no matter who threw us down the well. The criminals should have been stopped before they put us in here.

It says something awful about the state of the nation that we began having a half-conversation about this issue only after CEOs of big Wall Street banks – the very banks whose prime brokerages happily profited from the naked short selling of their hedge fund clients – found themselves looking down the gun barrels of their former partners in crime.

A few quivering Mafiosi pee in their pants, and now we wonder whether one Mob boss should be protected from another Mob boss. Not a word about the hundreds of smaller, innocent companies that have been brutalized by these goons.

How sad that when CNBC airs a simple truth – “naked short selling is what’s causing a lot of the problems in the market” – we have to call it “history.” How sad that this “history” took place at 9:30 pm, when nobody was watching. How sad that it took place only because the CEO of Citigroup has been begging for an ill-advised, outright ban on short selling.

Sure, Jim Cramer has been ranting about “diabolical” naked short sellers on “Mad Money.” Tonight he said (with some justification) that naked short selling was destroying capitalism. But never on CNBC proper. Never in the segments that CNBC portrays as “news” — as opposed to the loony rantings of a bald sociopath.

I am reminded of Russia, where the television news stations are tools of the government-mafia oligarchy, but make sure to air the occasional late-night interview with some dissident – carefully selected for his squirrely appearance and checkered background. The illusion of “balance” makes the propaganda all the more insidious.

America is not yet Russia. But with its ransacked financial system, its billionaire cronies, its captured regulators, and media like CNBC, our nation is not quite “America” either. 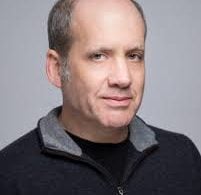 This is getting funny. The National Memo just got its scoop! “Arizona ‘Audit’ Report Likely To Concede That…
byPatrick Byrne
5 shares
5
0
0
0
0
0
0
0
Total
0
Share