The press on Mike Lindell’s Cyber Symposium last week has uniformly buried the lead. Something huge, something decisive, something game-changing, was revealed last week at Lindell’s Cyber Symposium, but it had nothing to do with anything cyber. It was shown that in Mesa County, Colorado, evidence has been wiped out in “cram-down” disguised as a (merely prohibited) software update. We now know this has happened all over the country this summer. This revelation is game-changing, and has strategic considerations that I will think and write about shortly.

These were the take-aways from last week:

I confess that I was disappointed in last weeks’ grand reveal, the PCAP data that was to be made public. In the past I have explained my involvement: I became aware of this story sometime in December, could not get anything solid one way or another, learned that Mike Lindell had access to then-President Trump, and in early January sent people with the technical information over to see Lindell. That was more or less the last I heard of it other than a conversation in mid-March.

I would have expected that at this point the data could have been verified one way or another. I confess that last week’s reversal regarding making that data public is disappointing to me. I understand there are explanations as to why that may have happened, and one way or the other may hold water, but at this point I cannot vouch for that data. I can vouch that someone very good, someone vouched for by many other technologists, is still insisting to me that Lindell’s data will turn out to be real. However, there is another great technologist telling me differently: he is someone I respect immensely, is also impressively credentialed, but he is telling me he is sure it is not real. On the other hand, he is drawing that conclusion from atmospherics and other factors, as he tells me he has not not actually examined the data (and still has not because Lindell did not release it last week). So once again, you know exactly what I know. In my view, given the length of time this has taken and the changing stories, I am writing off the PCAP data, until or unless something is presented to prove it. I have seasoned technologists advising me both ways on it.

But that does not matter much, because the main event from last week is the Mesa County, Colorado news. It was exposed with100% clarity last week (including with forensic hard-drive images) that people have gone to work destroying the evidence of the rigging of this election by wiping and over-writing the hard-drives on the election systems (which cybersleuths call a “smash-down”). That makes the strategy I have been counseling (widespread audits) less compelling: they can document that this same cram-down program was executed on other machines, but pulling the data from machines has become a waste of time. There is no point in fighting so hard for evidence we already know has been destroyed.

I will be writing about that and the changes this must necessitate in our strategy, shortly.

A Peaceful Path to Political Resolution 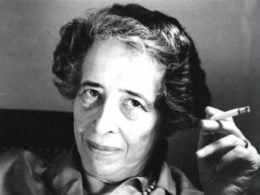 Letter to Physicians: Have You Checked Your 1947 Nuremberg Code Today?

Dr. Alex Halderman is a Professor of Computer Science and Engineering and Director of the Center for Computer…
byPatrick Byrne
63 shares
63
0
0
0
0
0
0
0