This started with the 6 installment you may have read on the website. Yet those installments were more or less first drafts. I cut them up, rearranged the flow to be more logical, then kept adding details, pieces of proof, backstories, and previously unknown but important details (e.g., what went on backroom with Pence) that appear nowhere else but are a part of history. In the end, it wound up being being 10 chapters.

Note that this is eBook only. You can download it immediately after clicking through and buying it, and read it on Kindle or your Apple app or whatever eBook reader you use. If you enjoyed the installments on this website (which were the equivalent of an 80 page novella), this is about a 120 page novel.

Why am I charging $4.99? I started off expecting simply to put it up online for free as a pdf. A friend convinced me otherwise that it will mean more to more people if it has a price, both domestically and around the world. I accepted his argument. But I priced it as low as a serious book can go. And just so you know, the activities I mention in this book cost me about $1.5 million, and the 15 year DeepCapture project has cost me about $40 million.

You can buy it here on DeepCapture:

The Deep Rig: How Election Fraud Cost Donald J. Trump the White House, By a Man Who did not Vote for Him: (or what to send friends who ask, “Why do you doubt the integrity of Election 2020?”)

Note the subtitle: “What to send friends who ask, ‘Why do you doubt the integrity of Election 2020?’” Many people feel frustrated because they know, they just cannot say why they know, yet get frustrated with those who cannot see . Now they have something they can send their friends. If you know a few of those people, please feel free to send each a copy.

Buy on Amazon
Buy on Aerio
DeepCapture is an Award Winning Blog on Corruption by Patrick M. Byrne 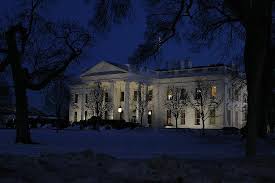