Readers may have noticed my relative absence of late.

I assure you that the mission of DeepCapture is often front-of-mind, but to pay the hosting fees and other expenses of our investigative journalism I maintain a day job, and some periods are busier than others.  Also, I have been comfortable watching events take their natural and overdue course.

However, the time of year has arrived when things slow down a bit for me. I have been going through my files, and given events of the last two years they present such a target-rich environment it is hard to know where to start.

So let us begin by revisiting an oldie-but-goodie. 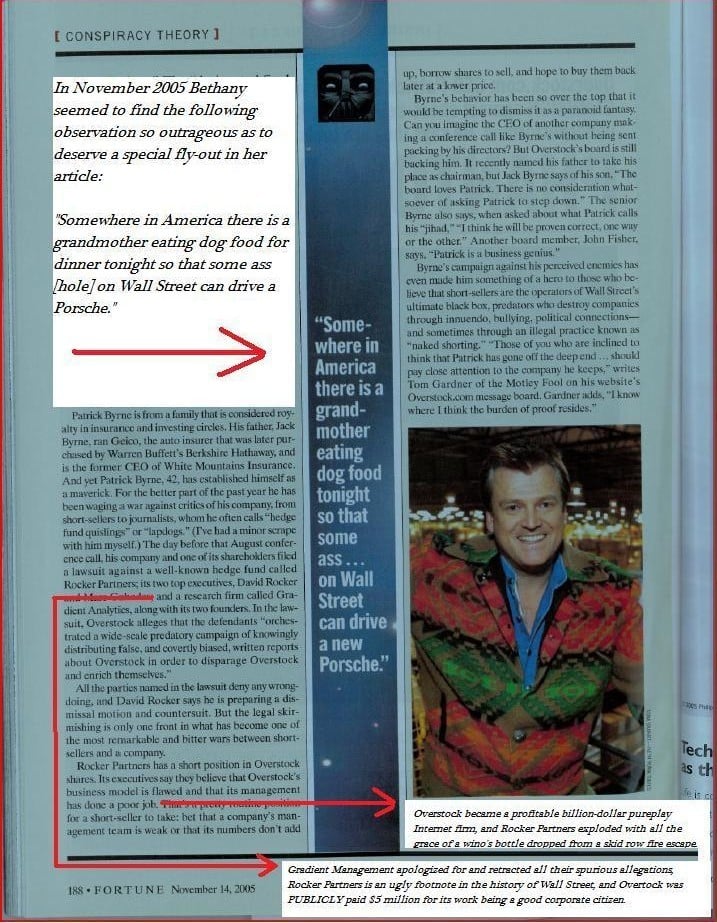 I think the image was a particularly concise way to express the dynamic I was trying to get across to the public.  Sometimes folks challenge me on my language, which is at times, admittedly, earthy. De gustibus non disputatum est, and all that. My response is simple: once I understood what I was up against I decided to punch through the distortion by adopting imagery and metaphors that I knew they could not resist quoting. (Also, I suppose it represents a certain form of intellectual snobbery: I’ll debate the Chief Economist of the SEC on equal terms, but when having to deal with the riff-raff I cannot resist slipping into a Hunter S. Thompson frame of mind. It’s a failing, I’m sure.) On the other hand, one may ask, Why did Bethany give this the special fly-out? I think it was a writer’s professional jealousy: judging from All the Devils are Here, Bethany McLean and Joe Nocera couldn’t turn an interesting phrase if it had a handle bolted to it.

Given the events of the interceding five years, I only wish Bethany had not buried the lead.