A man moves to a new town and is invited to a locals’ poker game hosted by that town’s grandee. The newcomer goes to it, and an hour into a game of draw poker he gets dealt a pat flush. The newcomer bets big. The host calls him, and the newcomer reveals his flush. Smiling, his host flips over his cards: Jack – 9 – 6 – 5 – deuce. “Bazoomba!” He starts sweeping in the pot.

The newcomer says, “What the hell is, ‘Bazoomba’? I have a flush, and you’ve got a jack-high nothing!”

The host explains to the newcomer, “No no no, in this town we play with a rule that says a Jack – 9 – 6 – 5 – deuce is the highest hand possible. It is called a ‘Bazoomba’ and it beats anything. I win!” The newcomer looks around at the others at the table, all friends of the host, as they smile and nod. Knowing he is being cheated, the newcomer says nothing as the host sweeps up the pot, but the newcomer decides to bide his time for revenge

Sure enough, hours later, well into the night, the newcomer draws to a Jack – 9 – 6 – 5 – deuce. Knowing he is now unbeatable, he slides all his chips into the pot. Everyone else calls. The newcomer throws down his cards for all to see, crying, “Bazooomba!” He reaches to sweep up their money.

The locals grab his hands and pull them off the pot. “No no no, we’re sorry, but the rule also says, ‘Only one ‘Bazoomba’ per night.”

What has gone on in recent days in the trading of OSTK reminds me of that joke. As you will understand if you have read about the Dole case, or are familiar with me and my work on Deep Capture, you will understand that I think our national capital market’s stock settlement system has shocking slop in it, that this is the source of much financial mischief in America, and truly the origin of much of the oligarchy’s wealth.

This year we saw an opportunity: Overstock had issued ≈ 37 million shares, could generate 3.7 million blockchain-based tokens, and distribute them as follows: every 10 shares a shareholder owns gets him a dividend of 1 token. I could teach my cat to follow that arithmetic.

To receive their dividend, each recipient (that is, each shareholder) would have to obtain from Overstock’s new blockchain capital market firm, tZERO, one of tZERO’s new “digital wallets” that can hold such a blockchain dividend. OSTK has approximately 40,000 shareholders. Thus, 40,000 people would have a reason to open digital wallets with tZERO. That is a wonderful business reason to issue the dividend: its create an incentive for 40,000 people to open brokerage accounts with tZERO. If each customer is worth $10,000 (which is about where brokerages are valued, I am told), that would bring $400 million of economic value into the tZERO firm.

As an ancillary benefit, it would expose that slop fully. If I am correct that the national market system as overseen by the SEC has slop in it, then there are in fact people thinking they own not 37 million shares but 50 – 60 – 70 million shares, and hence, there will be expectations of 5 – 6 – 7 million tokens. After all these years of fighting, this dividend would settle the question once and for all.

Of course, the Powers That Be on Wall Street did not want to let that dividend go through and expose the slop. They pointed out that it put legitimate short sellers in a bind, to which my reply was, “As CEO of Overstock my responsibility is to shareholders, and not to anyone who might have shorted our stock, legitimately or otherwise.”

I saw this as the ultimate litmus test for the SEC: were they in the business of protecting American retail investors, or are they still protecting Wall Street cronies holding out job offers (as 2007-2008 demonstrated)?

Note that I did not just dream this up on a whim. I designed it carefully (and if there be any criminal liability associated with it, let me stipulate here that I am 100% responsible for this: come after me). The Outside General Counsel of Overstock was (and still as) Cliff Stricklin, the most highly regarded authority on white collar crime in the USA. Cliff’s resume is beyond impeccable: he was a DEA agent, then a federal prosecutor, then the youngest judge in the state of Texas, then the DOJ hired him back as a federal prosecutor to prosecute Enron, where he went 19-0: that is, all 19 Enron people he prosecuted were convicted. Then he stayed a federal prosecutor for many more years, then entered private practice. He is, in short, a fed’s fed. And he and Bryan Cave signed off on it all.

Incidentally, don’t confuse Cliff’s 19-0 record in Enron with a similar-sounding number, that regarding Andy Weissmann of recent Mueller Commission fame. Mr. Weissmann led the team that prosecuted Arthur Anderson, took the firm down, and destroyed 85,000 jobs, all on a prosecutorial theory that, when it reached the US Supreme Court, was rejected 9-0. Andrew’s 9-0 loss is different from Cliff’s 19-0 triumph.

Again, the design of this token and dividend were thoroughly reviewed by Cliff and his leading securities partner at Bryan Cave, itself one of the world’s premier law firms. It is rock-solid.

Something funny happened to me over the weekend here in Asia. I started receiving detailed messages saying that since the morning of last Friday (13th), major prime brokers on Wall Street (e.g., JP Morgan, Morgan, and Goldman) were telling clients that the SEC had let them know last Thursday night and Friday morning that they going to do something special to let short-sellers off the hook (and incidentally, I can easily trace back the names of the people at the primes saying that). They SEC informed the prime brokers that if Overstock went forward with the dividend, they (the SEC) would be sending them Wells Notices (essetnially, letters that say “We are going to come after you!”) These prime brokers were telling that to clients. In short, the prime brokers were promising clients that the SEC would call “Bazoomba!” for them.

An article has just appeared in the New York Post (again, for people who move their lips when the read Entertainment Weekly) that ignores the entire business case for this dividend (enticing 40,000 new customers to tZERO), and attributes much intentionality to me, though they never contacted me about it. Let that stand as an example of NY Post’s journalistic ethics and credibility. One quote in the article reads that this dividend will fail, “…thanks to brokerage firms JPMorgan and Morgan Stanley agreeing to take cash of an equivalent value to the digital dividend when short sellers return their borrowed shares, sources said.”

I am not a lawyer, but this doesn’t sound right to me in three ways:

Message to SEC: It appears the OSTK shorts were asleep at the switch and got caught in a jam. We Overstock shareholders won this hand fair and square. I have a red line, and that is, if you call a “Bazoomba!” for the shorts now. And my “red line” is not an Obama kind of red line. It is not a Hillary kind of red line. It is a Jack Vessey kind of red line. More than Buffett, more than my Pop, General Vessey is the guy who taught me about handling situations like this and people like you. You are referees, not players, and are supposed to be making honest calls. For 15 years you allowed manipulation against OSTK, harming our shareholders and crippling our ability to compete in an industry where everyone we faced had access to capital on outrageously generous terms, but not us (remember, before 2008’s crisis happened we were on your “three day Reg SHO list” for 998 straight trading days, and are on it again now). Now, after 15 years of being scofflaws, the shorts are now crying because they are getting sucked into a black hole that they created themselves. If you call “Bazoomba!” for them now, I am going to use this website to vaporize you with information I give the public. I am 100% confident that at least one of you knows to what I am referring.

NB I would like to clarify that I am not threatening to make public any federal information or secrets if the SEC took such an action. I agree, that would be quite wrong, no matter the state of my relationship with the SEC (and would be blackmail). The information I am describing has already been made public vaguely, and (as the email record will show) was made public in some detail to a journalist well before this essay was published. I will simply connect some dots of public information that so far no journalist has been sparky enough to connect.

A Message to My Former Colleagues at Overstock 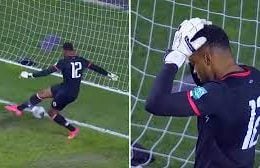 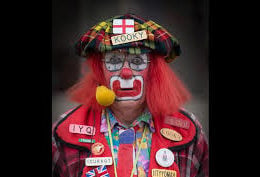