This brings us to another interesting phenomenon: the startlingly high mortality rate of SAC-sponsored spin-off hedge funds.

As with all those included on these emails, I had to do some research to determine the role each played for their respective employers at the time the emails were sent. For most, this was easy. But for Jeff Perry, it was difficult. That’s because since 2002, when the emails were originally sent, Perry has worked for SAC, Third Point, and Kynikos.

So, not only do these supposedly fierce competitors share and profit from inside information, they also share employees.

The sender of possibly the most damning of the highlighted emails was, at the time, SAC portfolio manager Forrest Fontana, who, with the help of a SAC investment of $50-million, left to start his own hedge fund, Fontana Capital, in 2005. However, despite a very strong start, Cohen suddenly pulled his money out of Fontana Capital in 2007, leaving the firm far out of the money and, according to Reuters, hardly a hedge fund at all these days.

And this brings us to another interesting phenomenon, recently examined by financial blogger and author Lila Rajiva: the startlingly high mortality rate of SAC-sponsored spin-off hedge funds. As Lila notes, the consistently poor performance of Cohen’s anointed proteges — often a result of Cohen’s inconsistent support of them — contrasted with the strong showing of one fund launched by former SAC traders who left under a cloud, is a little suspicious…as though maybe these satellite SACs weren’t supposed to succeed.

Here are Lila’s observations on the matter:

1. The high number of SAC traders who seem to have gone off into their own businesses.

You’d think with all that money and the fund’s record as the most consistently successful in the business (only one bad year on record), their traders would stay forever. Quite the opposite.  People seem to have been leaving all the time to form their own businesses.

But SAC was also said to be a very tough environment. You produced, or you left.

So maybe that’s why Lee and Far, Grodin and Goodman, all left to found their own firms?
Could be. But I’m not convinced.

2. None of the spin-off firms seems to have been very successful.

Why not? Why couldn’t these hot-shot traders make money on their own?

But those things are likely to be true of other firms as well, not solely SAC.

3. A spin-off fund that didn’t get money from Cohen ended up quite successful:

Healthcor, founded by Arthur Cohen and Joseph Healey, opened without any financial support from SAC. In fact, soon after Cohen and Healey struck out on their own, SAC sued the pair, accusing them of breaching their employment contracts. The matter ultimately was settled. (Healthcor’s Cohen is not related to SAC’s Cohen).”

4. Even spin-offs that were doing well were shut down.

Reuters quotes someone familiar with the record of ex-SAC traders:

“So many of the ex-SAC people seem to have this model where they attract you with fantastic returns in the first year but in year two or three or four you get annihilated,” said a person who is familiar with several former SAC employees’ records. 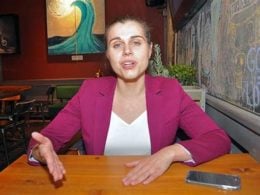